As a part of the learning about the current unit of inquiry, Grade 1 will be going for field trip this month as per the dates given below. As these trips are of 3 to 4 hours only so we won’t need any extra tiffins to be carried. But you need to send good and filling breakfast in the tiffin on these particular days. Ã‚Â Please make sure your child is present on these days as the major part of learning is based on these trips.

(Request- Please don’t send your child to school if he/she is not well or suffering from fever. )

The session was an integration with their current unit under the TDT – How we organise ourselves. The class started with a question – What would you do if you come across a piece of land which is not owned by anyone? This led to the introduction of the book – How to build your own country written by Valerie Wyatt. Students understood the process of building a country of their own and the steps of the same.

The students were informed that the tasks will lead to a “MELA” in which they will be exhibiting about their creation to the audience.

Today, the students were given a task to give a name to their micronation (imaginary country) while working in groups.

The young, creative minds could actually think of very different and unique names for their so-called country. In order to think of a name for their micronation, they were asked to research for the history of any country’s name. They also had to find out the reason for the name they give to their micronation on an individual basis.

As an individual task, create an emblem for your micronation considering the name of it.Ã‚Â Note: If you are creating an emblem online, it is your responsibility to get a print of the same. Date of submission: Tuesday (16th August, 2016)

Below is the final list of Grade 6 students going for their Education trip (Nature Camp) for this Academic year 2016-17 to IMAGICA & DURSHET CAMP SITE.

Please refer to given below table to know the cancellation charges.

For any further query related to the respective Educational trips, please mail us at:

Math: We got introduced to Polygons and now we are exploring quadrilaterals andÃ‚Â discovering their properties in fun way with different tools and techniques.

Lang: Discussed chapter 4 and learners continued with the reading of ch-5.

Watch videos and answer the question – If you were to choose your government system, which one would you prefer and why? Write in the UOI Notebook

Write portfolio comments on the given strips. Make cover page of your portfolio.

GIVER- Read thoroughly till ch 5, tomorrow we’ll play Kahoot.Ã‚Â I can ask questions from any chapter. So be prepared for it.Read chapters twice, for better understanding. 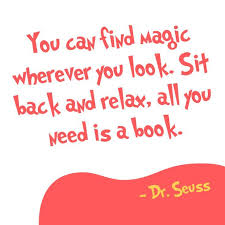 Below is the final list of Grade 5 students going for their Education trip (Nature Camp) for this Academic year 2016-17 to DHOLAVIRA.

Please refer to given below table to know the cancellation charges.

For any further query related to the respective Educational trips, please mail us at:

Introduction to the Indian folktales and also the students predicted the beginning, middle and the end of the story cut out given to them.

The learners have to bring a pocket dictionary.

Students did a Jigsaw activity based onÃ‚Â a story. They were given a cutout from the story and were asked to guess if it was the beginning, middle or end. Later, they predicted the story and shared it with the class.

Observe the number of parents using 4 wheeler and 2 wheeler to drop their child at your respective stop.

[Unit Of Inquiry]
Research on the form of energy given and write the following in the scrap book:

UOI: Choose any 1 form of energy you want to research. Using the questions, write the answers in the scrap book.

MATH: Conduct a survey on your given topic.

Language: Teacher discussed the advantages and disadvantages of traveling in a bus and later recited the poem, Ã¢â‚¬ËœA City Bus To PuneÃ¢â‚¬â„¢ from the Empowering English and explained the homework task.

Read aloud of the book ‘Come back Amelia Bedelia’ was done.

Language: Complete the task on pg. 43 in Language notebook, from the Empowering English.