Students enjoyed doing colouring activity in Library and then got themselves clicked.

Language: Students read and simultaneously comprehended the chapter 9 of the reader Ã¢â‚¬Å“CharlotteÃ¢â‚¬â„¢s WebÃ¢â‚¬Â.

UOI: Summative Assessment Ã¢â‚¬â€œ The sharing of culture capsule happened with the buddy class where the peers just observed the artefacts and noted it down in their notebooks. They will further analyze independently the value and belief behind their peerÃ¢â‚¬â„¢s artefact.

UOI:Ã‚Â Ã‚Â Research on the artefact observed in the buddy class and find the belief/value attached to it and write it down in your UOI notebooks.

A) Read chapter no. 8 and 9 of CharlotteÃ¢â‚¬â„¢s web for pleasure reading.

This New Year may you be blessed with courage and confidence to spread your wings and turn each day into an adventure of learning and fun.Ã‚Â

Math- Make the questionnaire (atleast 10 questions) on the selected topic.

1. Imagine you are going to open a restaurant and you want to know the taste of local people who stay in the nearby area.
2. Imagine your group as the designing team of a leading electronics company which wishes to enter the cellphone market in India through the launch of the first smartphone by them. Design a survey questionnaire which will help you to develop your device according to the audience’s needs.
3. The head of your family wishes to open an international school for which he/she needs to know what are the ideal characteristics of a school. Help him/her in this initiatve by conducting a survey and knowing students’ perspective about it.
4. You are a member of the student council of school. The school management wishes to make certain revisions in school’s uniform and food quality and seeks your suggestion.

Test your survey, to check the accuracy of the form. Ask questions from 5 to 10 people and check whether your purpose is solved or not.

December was full of excitement and fun where all the classes were competing for the class of the month. I would like to congratulate all the students for consistently taking efforts in following the Routines and Procedures, conversing in English, cleanliness of the class and dining area and many more categories.

There was a very tough competition and everyday the results looked different. We had different sections at 1st position almost every 2 -3 days. I appreciate and acknowledge the efforts put in by all.

CLASS OF THE MONTH for DECEMBER IS EXCOGITATE. CONGRATULATION!

Math: Students revised their concept of equivalent fractions through workstations.

U.O.I: You have to research about the artifact/rituals/traditions observed by you in the buddy class and find the belief/value attached to it.

After dividing the students into random groups, using anÃ‚Â interesting strategy, they were shown a video. The students watched the video and later, identified and underlined the sensory words that they found in it and presented their findings to their peers.

Once there was a monkey that could do so many things other animals could do. He could run fast, carry heavy loads, bark like a real dog and moan like a goat and many other things. He would always tell other animals that he is the most superior animal because he resembled a man. 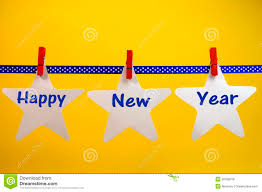 UOI : Learners presented their idea/problem with the medium of expression chosen by them.

Math : Learners continued with We Do of framing questions they started yesterday. Later, they organised the layout of questions.

UOI : Complete the end of unit reflection sheet provided to you today. (Ensure to submit the same on Monday)